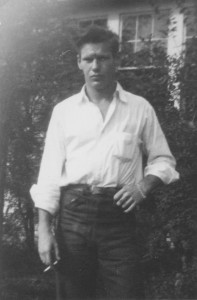 Albert Einstein once said, "Try not to become a man of success, but rather try to become a man of value." And this is my great struggle. I wonder how many of my contemporaries have this existential challenge informing their daily lives? I suspect that there are many these days. We are being assailed from every direction with examples of ethical misconduct and the cultural and societal imperatives to 'succeed' no matter the cost - personal or otherwise. We are counseled by various 'luminaries' and 'experts' and 'celebrities' that we too can be like them - that we too can get what they got - if we only just follow their formula for success. I find it ironic that one of the definitions of luminary is "an artificial light."

I recently saw this old clip from 1981 of the late, great actor Jimmy Stewart and the late, great talk show host Johnny Carson on the "Tonight Show Starring Johnny Carson." Now, if you are truly cynical (as I unfortunately can be sometimes), you can see this as an example of pure sentimentality. But if you look beyond that mundane level of consciousness, you'll see a human being laying-bare his heart and soul in a way that we do not normally get to see. We also see his witness, normally so polished and 'put together,' caught for the briefest of moments in that truly remarkable display. That these two men share such a moment - and that the moment was captured - is priceless. I think there are very many people that would agree that Mr. Stewart and Mr. Carson were indeed 'class acts.'

My late Father, Donald Paul Fleming (1931-2000) struggled with his demons like nobody's business. I can now see looking-back that he wanted so much to be a 'class act' - in the vein of Frank Sinatra, Dean Martin, Sammy Davis, Jr., Peter Lawford, and Joey Bishop ('The Rat Pack') - that he often unconsciously emulated their telltale swagger and bravado. His haphazard pursuit of his dreams was one we all recognize - "become successful, then all else will follow." It is a mantra that has been beaten into us. It is our culture's number one bullet-point in our societal indoctrination list.

I feel that the lesson that Mr. Stewart was imparting in that clip - unbeknownst to him probably - was at that point in his life (he died in 1997), it was the authentic expression of what was in his heart that was important. A poem about a dog - an old friend - and the sense of loss he felt. How moving to see him lay it all out there - for everyone to see - and in the manner in which he did? That takes tremendous poise and courage. And his 'delivery' was at first charmingly funny and disarming - only to sneak into a place that exposed such terrible sadness and grief. That Mr. Carson was so moved was not surprising - I think he was completely caught off-guard. These two were 'class acts' not because they declared themselves as such - they were 'class acts' because it is an honor bestowed upon them by others.

I miss my Father. These last thirteen or so years have been full - overflowing - with times when I wish I could talk to him. I wish I could apologize to him. I wish I could could share a meal with him. Our history - like so many others - is richly complicated, but I feel at the very least I could thank him for helping set me on a path where my ultimate desire is to become a good human being - a man of value - over simply a man of success in the way that our culture defines it.

I can finally look at my Father and think to myself that he was indeed a 'class act.' It took some doing. It took some time. But I look at that old photograph and I see a 19 or 20 year old with his whole life in front of him. And I see a young man doing the best he can - in trying to follow the examples of the class acts that he knew, the class acts of his time, to become successful in the ways he understood - and perhaps even in the ways he didn't. You made it Dad. I'm still trying.

A book titled “Why We Love the Dogs We Do: How to Find the Dog That Matches Your Personality” published in 2000 contains some information on what happened to Beau, Stewart’s beloved dog. Sadly, the poem isn’t fiction. Wikipedia summarizes it:

“While shooting a movie in Arizona, Stewart received a phone call from Dr. Keagy, his veterinarian, who informed him that Beau was terminally ill, and that Gloria sought his permission to perform euthanasia. Stewart declined to give a reply over the phone, and told Keagy to ‘keep him alive and I'll be there.’ Stewart requested several days' leave, which allowed him to spend some time with Beau before granting the doctor permission to euthanize the sick dog. Following the procedure, Stewart sat in his car for ten minutes to clear his eyes of tears. Stewart later remembered: ‘After [Beau] died there were a lot of nights when I was certain that I could feel him get into bed beside me and I would reach out and pat his head. The feeling was so real that I wrote a poem about it and how much it hurt to realize that he wasn’t going to be there any more.’”